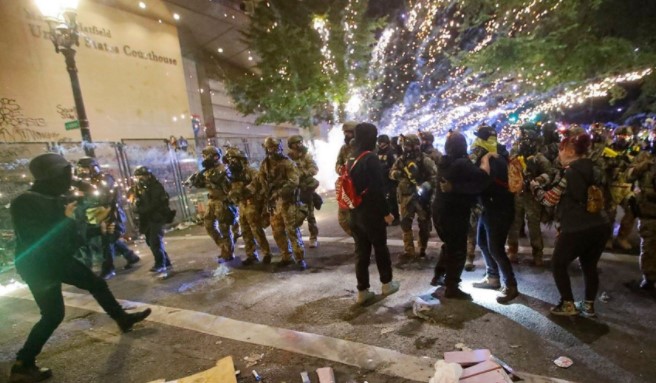 As parts of Seattle were destroyed, Portland burned, and we had violent riots in Chicago, St. Louis, Denver, San Diego, Los Angeles, New York, Washington, DC, and Kenosha, all of it was met with almost complete silence from Joe Biden. Shockingly, the Democratic National Convention went off, where dozens of speakers were free to sound off on anything they wanted, and not one bothered to even mildly admonish their violent mob. Never once did Joe Biden, Kamala Harris, or any Democrat of note mention the group of people responsible for all of it – Black Lives Matter and ANTIFA, or BLM-ANTIFA. BLM-ANTIFA may well be called the enforcement wing of the Democratic Party. BLM-ANTIFA’s purpose: to bully people into either compliance or silence. As polls have made it obvious that the American people hate the lawlessness going on, Joe Biden has finally been pushed into claiming that he doesn’t like the violence. We must help those around us know the truth: BLM-ANTIFA and all their radical actions have become the heart and soul of the Democratic Party.